Mom is still in the hospital. She is suppose to get out tomorrow but I don't think she will. Tuesday the day supervisor called me into her officed and said she wad writing me up for a no call, no show. I asked what she was talking about and she daid I was to work Friday and didn't. I said I had talked to my supervisor and asked for a day without pay and he said yes. And this was a couple weeks befote my vacation. I also told her about mom and she just shrugged both things off and said she still wanted to write me up so I told her I dfidn't care what she dfid which just mafe her madder ( and I realky didn't case). And my Buster is sick. He has been staying by himself. He hisses at Leo and doesn't play and he dfoesn't come around me or let me pick him up. Not the best of weeks but I am hanghing in.

I go back to work today. I had hoped to accomplish a lot of things on vacation. But it didn't turn out that way. I got to watch some TV, read a couple books, and sleep mote than I have for quite a while. But most of my vacation was focused on my mom. My mom was taken to the hospital after she had been found lying in bed unable to get up. The flu, respitory problems, urinary infection, and dehydration was what the examine showed. And I now had the job of telling her she could no longer live on her own. I cleaned some her house yesterday which only confirmed she couldn't live y herself. Now it is up to me to find ber some place. It will be an uphill battle but I have to dowhat is best for her.

My vacation starts today. I know I won't get paid for the full time off and I have to go to a meeting Wednesday. But just to be away from the asshats is worth it. No big plans. I'm going out Friday. I might go to an exhibit. But mostly it will be cleaning the house, sleeping, and reading. I don't normally plan anything. This is a rough time of the year for me ( that's why I take it off. It's that or punch someone in the throat). I'm looking forward to not going to work!

I think everyone has a "what the hell" moment at work. Mine came on Thursday when my supervisor told me that starting tomorrow I would be burnishing the entire floor instead of just my department. So now I got OR, Tecovery, Holding, ICU, all the hallways plus my tegular work and projects. Meanwhile the guy who works the afternoon, Captasin Lazy, doesn't do any extra work, doesn't finish his regular, and most time doesn't really clean the things he does do ( seriously if he does more than a case I usually find blood in the rooms). So I'm going on record and saying I work for asshats.

One of the very first lesson I learned was that there is no one coming to rescue you, you're on your own sink or swim. And in our family self-reliance wasn't an option, it was what was expected. I say this because it took awhile for me to be okay with myself. I've always been a little odd and it wasn't till I realized I was an asper that I understood that it was okay to be myself. Frankly it's no fun being an Other ( someone who isn't considered normal, whatever that's suppose to be). And yet here we are. I've grown to becomfortable in my own skin. To like my difference. To think of myself as whole without needing someone else to do that. Maybe that's what we all want: just to be who we are and to tell anyone who wants to put us in a box to go screw themselves. Or maybe it's just me ( and that's okay to).

Hope all of you have a great day filled with love, joy, and laughter. 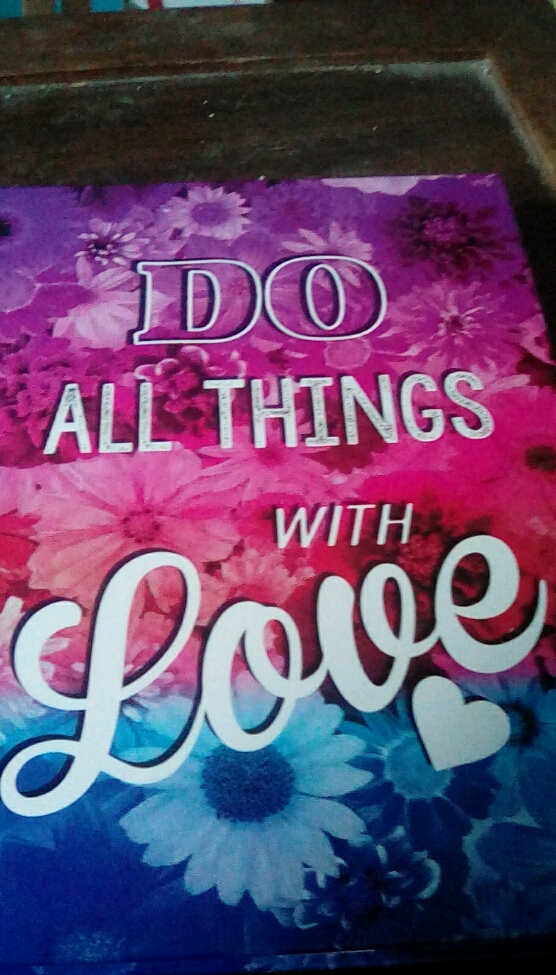 I got this one to do one journal with and I'm getting another for my creativity journal. I like the saying and it's basicaslly fits me ( also thete isn't one that says,"Go Fuck Yourself" which any more sums up my feelings when dealing with most people). I know it's not going to be a planner like a bullet journal is suppose to be because I work the midnight shift so my days are work and sleep. It will cover books I'm reading, comics I love, music I'm listening to, stuff I'm studying on my own, and goals. The things I love to do.

I'm rwally trying to hold my termper. I honestly am but post on Facebook are making me crazy. So I thought I would post here first  Trump is not  Hitler. How do I know this. First, people aren't wild about Trump. When Hitlercame to power people lined the street cheering. Two, no onehasto wear an armband or a patch declaring their religion. Hitler had the Jews, Trump would probably start with the Muslims. Trump doesn't have these folks rounded up and living in sections walled up like Hitler did with the Jews. And finally, no camps and no round ups of "undesirables". Is Trump rude, egotistical, and have the social graces of a jackass? Yes, but that doesn'tmake him Hitler it just makes him a jackass. Also you should be glad he hasn't takenStalin as his role model.  Stalin didn't bother with camps. He just would round you up, shoot you in the head, throw you in an unmarked grave, have his men sing a song about it as they moved to the next village to repeat the process.
And while I'm at it for those who think Marshall Law is a good idea, like Rosie O'Donnell. Here's why you're an idiot. If Marshall Law is declared then you don't have Trump for four years but for as long as there is Marshall Law because he is in command of the milatary. And you get curfews, rations, checkpoints, and camps. Seriously before you want Marshall Law you want someone to pour gasoline on you and set your dumb ass on fire. How people can be so ig nort and mind numbingly stupid is beyo dme.

There are things I like about being an aspers and things I don't. One is I go more by reason than emotions. Generally this gives me a clearer perspective on things. But it also means I have a harder time making connections with other people. For instance, I've been told that I'm too nice and I don't understand what people mean by it. I treat people as I want to be treatef and how I was rasised to treat others. It's not that I don't have emotions, it's just that they don't dominate my thinking. I think my biggest emotion is worry, not for myself on a whole but for people I care about. It's weird and hard to explain. Every once in a while I wish I was normal then I watch how others act and thank God I'm not normal. I'm just me, and others will take me as I am or not. This one of tyhe best thing about being aspers,I get to decide what I'm worth and not any one else.

My family is a musical family. Both my grandfather ( on my dad's side) and my great grandfather ( on my mom's side) were known musdicians and both played for the president. My mom is an accomplished musician in her own right. My dad played. And my brother has been both in bands and a single act. Growing up we each had to play an instrument and sing in the choir. And I mean we had to, my dad was not one you disobeyed unless having the crap beat out oif you was your goal or you just didn't care, like me. My instrument was drums and some keyboards. I wanted to learn guitar. I had gotten one to teach myself. My dad found it, busted it by hittig me with it and threw it in the fire. The same went when I found my granddad's fiddle. After that I just my head loiw. The last time I played was when I was twenty three. I had spent a year writing an album for my brother, original music and lyrics. I am not an accomplished musician like others in my family so it was a lot of effort. My dad and brother played the songs, kept one ( my dad had said that one might be okay but talked my brother into throwing the rest away). I haven't played since. I have written other things ( I'm the writer of the family). Sometimes I miss playing and I think that I should learn to ply something but my hands will ache and stiffen up and that ends that idea. I love music and I always will. It's one of my anchors to other people ( I really, really have a hard tine connecting to people and music is one of the ways I can). Although I still love to sing to myself and if you catch me at work you might hear me singing a song I'm listening to.